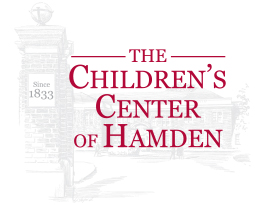 In the early 1800s a woman, Widow Daniels, was dying.  She approached the leaders in her community and pleaded with them to care for her 3 children and infant after her death.  Her plea was answered in 1833 with the opening of the New Haven Orphan Asylum.  The Orphanage opened on Grove Street in New Haven and housed 7 children and was staffed by a matron.  In 1925 we moved to our current site on Whitney Avenue in Hamden.  Check out our timeline for more info about our fascinating history.